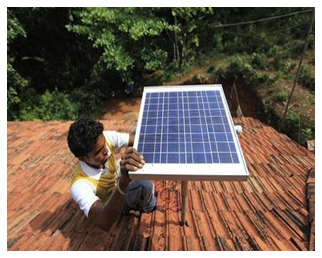 Solar Energy is radiant light and heat from the Sun that is harnessed using a range of ever-evolving technologies such as solar heating, photovoltaics, solar thermal energy, solar architecture, molten salt power plants and artificial photosynthesis.
It is an important source of renewable energy and its technologies are broadly characterized as either passive solar or active solar depending on how they capture and distribute solar energy or convert it into solar power.
Active solar techniques include the use of photovoltaic systems, concentrated solar power and solar water heating to harness the energy. Passive solar techniques include orienting a building to the Sun, selecting materials with favorable thermal mass or light-dispersing properties, and designing spaces that naturally circulate air. 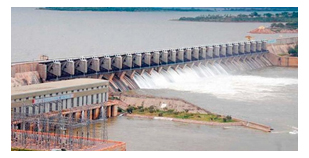 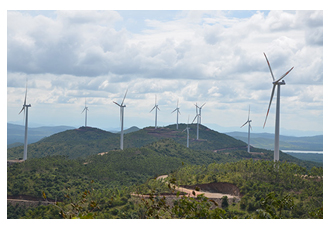 Wind power or wind energy is the use of wind to provide the mechanical power through wind turbines to turn electric generators and traditionally to do other work, like milling or pumping. Wind power is a sustainable and renewable energy, and has a much smaller impact on the environment compared to burning fossil fuels.
Wind farms consist of many individual wind turbines, which are connected to the electric power transmission network. Onshore wind is an inexpensive source of electric power, competitive with or in many places cheaper than coal or gas plants. On shore wind farms also have an impact on the landscape, as typically they need to be spread over more land than other power stations and need to be built in wild and rural areas, which can lead to "industrialization of the countryside” and habitat loss. Offshore wind is steadier and stronger than on land and offshore farms have less visual impact, but construction and maintenance costs are higher. Small onshore wind farms can feed some energy into the grid or provide electric power to isolated off-grid locations 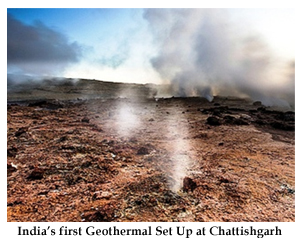 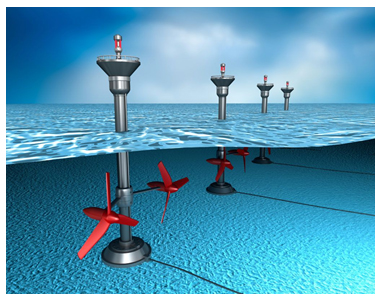 Tidal power or tidal energy is the form of hydropower that converts the energy obtained from tides into useful forms of power, mainly electricity.
Although not yet widely used, tidal energy has potential for future electricity generation. Tides are more predictable than the wind and the sun. Among sources of renewable energy, tidal energy has traditionally suffered from relatively high cost and limited availability of sites with sufficiently high tidal ranges or flow velocities, thus constricting its total availability. However, many recent technological developments and improvements, both in design (e.g. dynamic tidal power, tidal lagoons) and turbine technology (e.g. new axial turbines, cross flow turbines), indicate that the total availability of tidal power may be much higher than previously assumed, and that economic and environmental costs may be brought down to competitive levels. 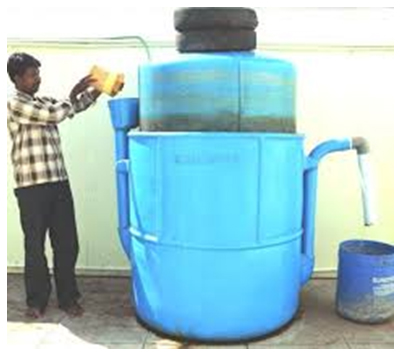 Biogas is a type of biofuel that is naturally produced from the decomposition of organic waste. When organic matter, such as food scraps and animal waste, break down in an anaerobic environment (an environment absent of oxygen) they release a blend of gases, primarily methane and carbon dioxide. Because this decomposition happens in an anaerobic environment, the process of producing biogas is also known as anaerobic digestion.
Anaerobic digestion is a natural form of waste-to-energy that uses the process of fermentation to breakdown organic matter. Animal manure, food scraps, wastewater, and sewage are all examples of organic matter that can produce biogas by anaerobic digestion. Due to the high content of methane in biogas (typically 50-75%) biogas is flammable, and therefore produces a deep blue flame, and can be used as an energy source.
The Ecology of Biogas Biogas is known as an environmentally- friendly energy source because it alleviates two major environmental problems simultaneously:
1. The global waste epidemic that releases dangerous levels of methane gas every day
2. The reliance on fossil fuel energy to meet global energy demand

Energy Sources At a Glance: